Writing is a medium of human communication that involves the representation of a language with symbols. While not all languages utilize a writing system, those with systems of inscriptions can complement and extend capacities of spoken language by enabling the creation of durable forms of speech that can be transmitted across space (e.g., correspondence) and stored over time (e.g., libraries or other public records). It has also been observed that the activity of writing itself can have knowledge-transforming effects, since it allows humans to externalize their thinking in forms that are easier to reflect on and potentially rework.

Writing systems are not themselves human languages (with the debatable exception of computer languages) but are means of rendering a language in a readable form. Writing relies on many of the same semantic structures as the speech it represents, such as lexicon and syntax, with the added dependency of a system of symbols to represent that language’s phonology and morphology. The result of the activity of writing is called a text, and the interpreter or activator of this text is called a reader.

As human societies emerged, collective motivations for the development of writing were driven by pragmatic exigencies like keeping history, maintaining culture, codifying knowledge through curricula and lists of texts deemed to contain foundational knowledge (e.g., The Canon of Medicine) or artistically exceptional (e.g., a literary canon), organizing and governing societies through the formation of legal systems, census records, contracts, deeds of ownership, taxation, trade agreements, treaties, and so on. For H.G. Wells, writing “made the growth of states larger than the old city states possible. It made a continuous historical consciousness possible. The command of the priest or king and his seal could go far beyond his sight and voice and could survive his death”. For example, around the 4th millennium BC, the complexity of trade and administration in Mesopotamia outgrew human memory, and writing became a more dependable method of recording and presenting transactions in a permanent form. In both ancient Egypt and Mesoamerica, on the other hand, writing may have evolved through calendric and political necessities for recording historical and environmental events.

Individual motivations for writing include improvised additional capacity for the limitations of human memory (e.g., to-do lists, recipes, reminders, logbooks, maps, the proper sequence for a complicated task or important ritual), dissemination of ideas (as in an essay, monograph, broadside, petition, or manifesto), imaginative narratives and other forms of storytelling, personal or business correspondence, and lifewriting (e.g., a diary or journal). 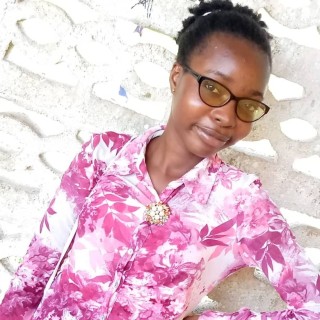 I am a Counselling Psychology student of Tai Solarin University of Education, A Writer. From Lagos State, Nigeria.